The Census is a Children’s Issue 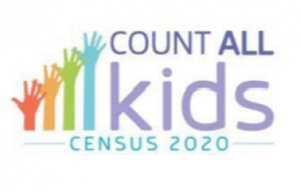 The Constitution requires an accurate count of the nation’s population—a census—every ten years. Unfortunately, the 2010 census missed more than 10 percent of young children, about 2.2 million children, age four or younger.

That’s why FLAEYC is working with our partners to spread the word that ALL Floridians — including young children — should be counted in the 2020 Census.

Mid-March | The Census Bureau will send the first mailings to households
March 2 – 6 | Statistics in Schools week
March 18 | Count All Kids Day
March 25 | Federation of Pediatric Organizations will have Every Child Counts Day
April 1 | Official Census Day—temporary residents should be counted where they are on April 1
Early May – July | Enumerators will go to household that did not respond; families can still respond

How You Can Help?